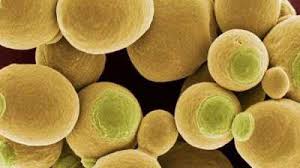 Since the 21st century, scientists have found that the role of polysaccharide in organisms is becoming increasingly important, and that in some respects even exceeds the role of protein, especially in the field of biomedicine. β-glucan takes an extremely essential position, for it is a polysaccharide widely found in bacteria, fungi and higher plants with a stable structure and strong biological activity. In view of sources, it can be divided into yeast glucan, oat glucan, hulless barley glucan, ganoderma champignon glucan, etc. The biological activity of yeast glucan is far superior to the glucan activity of lentinan, Flammulina velutipes Polysaccharide (FVP), krestin (the immune defense system against yeast has been established during human evolution, and CR3 receptors bound to yeast glucan exist on congenital immune cells). The functions of β-glucan in regulating human immunity, anti-tumor, anti-radiation, anti-inflammation, promoting injury recovery, lowering blood fat and blood glucose, anti-aging, etc., have been gradually discovered, catching a widespread concern in the world. In recent years, β-glucan has been widely used in the fields of medicine, food, and personal care products.

Yeast is relatively early applied by people, and is the most widely- used microbe. People often produce a variety of fermented food and wine by the use of its fermentation. Meanwhile, yeast is also a multi-biological therapeutic drug, which is included in the monograph(the German statutory herbal pharmacopoeia) written by the German Commission E as an antibacterial and anti-inflammatory herb that treats acnes. The β-glucan in the yeast wall is a key substance for yeast to exert its antibacterial and anti-inflammatory effects.

Yeast glucan is a 1-3, 1-6 linked glucose polysaccharide, which is only present in the yeast cell wall, while the β-(1,3)-(1,6) bond is distributed in a certain proportion. This structure makes it extremely difficult to dissolve in water. The introduction of special chemical radical groups through chemical modification has been a common means to increase water-insoluble macromolecule polymer. The chemical modification process is cumbersome and requires a large amount of organic solvent, and the product is relatively low in safety and environmental friendliness. Moreover, during the improvement of the water solubility of products, the carboxy methylation of yeast β-1,3-D-glucan also has an effect on the three-dimensional structure and biological function of molecules. If the carboxy methylation degree exceeds 75%, molecules will begin losing biological functions, and the complete replacement for the yeast β-1,3-D-glucan molecule will result in a complete loss of its biological efficacy.

The water-soluble natural glucan developed by molecular chaperones technology solves the disadvantage of chemically modified yeast glucan. Not only does this settle the problem of glucan solubility, but  also it fully retains the three-dimensional structure and biological activity. In this way, it can be easily used as carboxymethyl glucan and oat glucan, yet with higher biological activity. 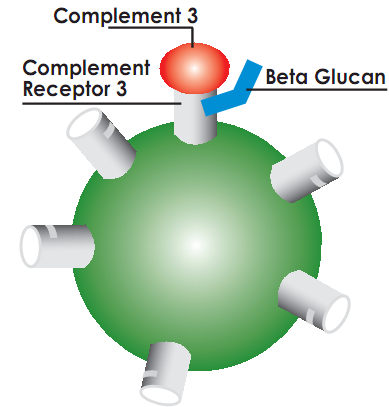 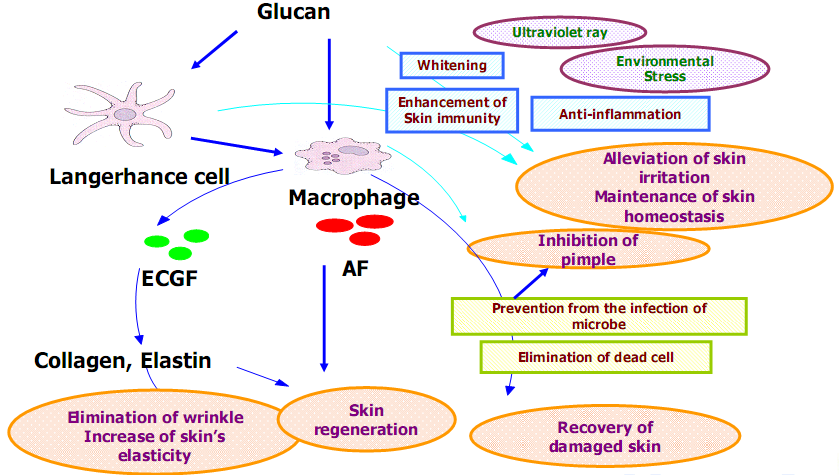 Diagram of the biological activity of yeast glucan

Skin is a very important defense system for humans. It is a natural barrier between human bodies and the outside world, which also has metabolic and immune response functions. In the epidermis, the immune system of skin includes plasma cells, Langerhans cells, and keratinocytes. In recent years, Langerhans cells have been confirmed to have a very special relationship with macrophages in the skin, and play an extremely important role in skin immunity. There are many immune networks composed of Langerhans cells under the stratum corneum of the skin. Langerhans cells are dendritic cells, and their antennae can reach the stratum corneum cells, where the receptor CR3 of yeast β-glucan lives. The binding of glucan to the receptor causes a series of stereo chemical changes that activate macrophages and produce various cytokines (e.g., IL-1, IL-6, GM-CSF), epidermal growth factor (EGF), tumor necrosis factor(TNF-α) and angiogenic factor (AF),etc.. On aging or wrinkled skin, an increase in epidermal growth factor can promote the production of collagen and elastin, thus improving the exterior of skin and eliminating small wrinkles.

Studies have also shown that UV radiation has an inhibitory effect on Langerhans cells in the skin. If the skin is exposed to the sun for a long time, the number and activity of Langerhans cells will be greatly reduced, and the defense immunity of skin will be weakened. In addition to its own sunscreen effect and the ability to relieve pain and inflammation, β-glucan can also promote the proliferation of Langerhans cells and enhance skin immunity. Clinical studies have also shown that yeast glucan plays a role in anti-inflammation, anti-allergy, eliminating the activity of radicals, moisturizing and accelerating the renewal of the stratum corneum, helping the skin resist external exogenous various mechanical and chemical stimuli and promoting the recovery of injuries. Experiments have proved that yeast glucan can significantly reduce the skin allergic inflammation caused by stimulating active ingredients such as fruit acids.

Application of yeast β-glucan in cosmetics

The water-soluble natural β-glucan is derived from natural raw materials and is non-toxic and non-irritating. Adding β-Glucan solution to cosmetics can relieve reduce irritation, renew and repair stressed skin, effectively reduce skin wrinkles, improve skin moisture retention and smoothness, promote the recovery and regeneration of scars, brighten the skin, and treat specific dermatitis. It is widely used in anti-wrinkle and anti-aging products, sunscreen and after-sun care products, soothing products for sensitive skin and other high-end cosmetics.

Solubility: This product is easily soluble in water

Recommended dosage: The product is added in an amount of 1-10%. It is recommended to add this below 60℃ in the final stage of cosmetic production. It is compatible with a wide range of cosmetic ingredients. 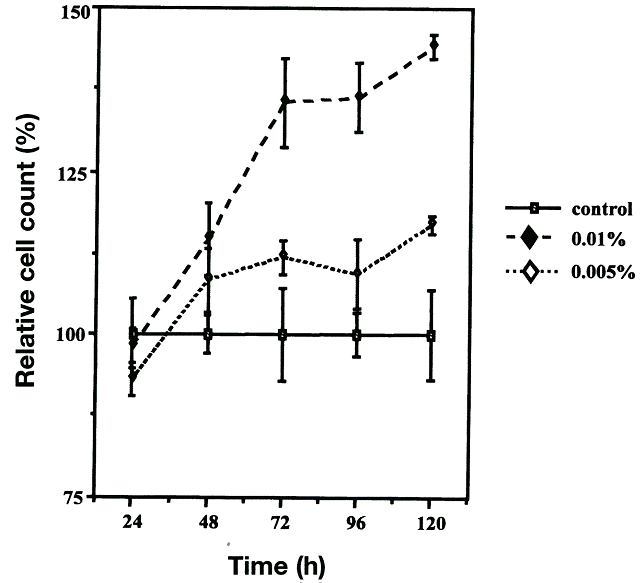 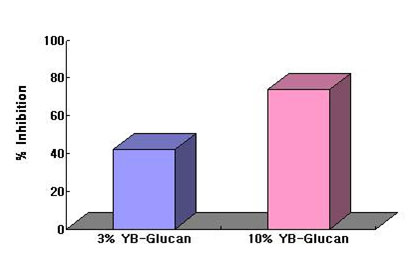 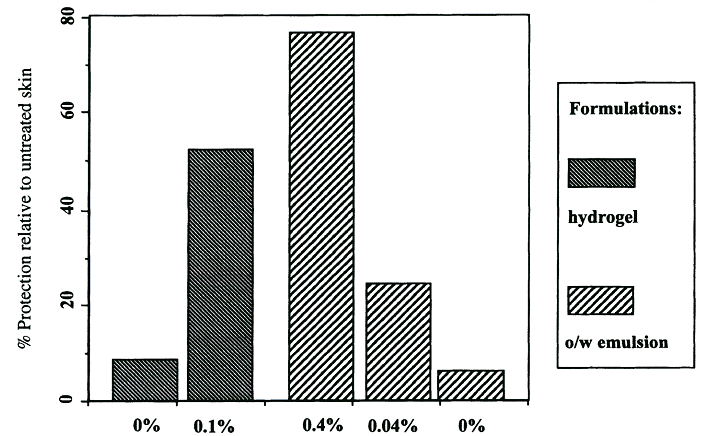 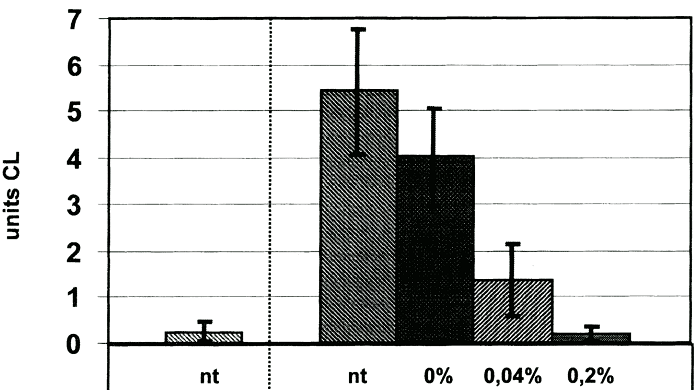 Healing Effect of Glucan for Rashes

Description: the anti-irritation and allergy soothing compound is composed of various high-efficiency natural active matters extracted from plants and microbes. With the collaboration of these active matters, it has the activity of anti-irritation, anti-inflammation, anti-bacteria, facilitating injury recovery, improving skin immune, soothing allergies, etc., and can be widely used in skincare products designed for acne skin, sensitive skin, etc.

Use of Product:add it at ordinary temperature stage; recommended dosage: 0.5-5%. Avoid high-temperature processing to prevent inactivation

Storage of Product: keep it away from light at a temperature below 25℃.